The exhibition, through 60 works, pays homage to Alberto Biasi who, among the founders of the Paduan Group N, is one of the most coherent optical kinetic European artists. An anthology of the great Master's production, one of the undisputed protagonists of post-World War II art in Italy.

The Alberto Biasi exhibition. Dive into the rainbow, promoted and produced by Roma Culture, the Capitoline Superintendence for Cultural Heritage and Il Cigno GG Edizioni with the collaboration of the Alberto Biasi Archive and organized by Il Cigno GG Edizioni with Villaggio Globale International, with the organizational support of Zètema Progetto Cultura and the support of Studio d'Arte GR, brings to Rome - from 13 October 2021 to 20 February 2022 - an anthology of the production of the great Master, one of the undisputed protagonists of post-war art in Italy. On the occasion of the Roman exhibition, curated by Giovanni Granzotto and Dmitry Ozerkov - Director of the Department of Contemporary Art The State Hermitage Museum, St. Petersburg -, the works on display and the 4 environments-installations ranging from 1959 - when very young Biasi formed Group N in Padua - until 2014, they tell the full story of the artist's activity focused on perceptual investigation, through works that poetically and scientifically address issues related to vision.

The exhibition reconstructs the creative path of Biasi, from the beginnings to the most recent experiments. Within the exhibition, the visitor will encounter environments, such as Light Prisms (Dive into the rainbow), Eco and Projection of Lights and Shadows, where Biasi explores the decomposition of form through light and the perceptual illusion that light itself contributes to to produce. Slats and overlapping planes capable of simulating movement, plays of light, three-dimensional optical illusions, interactive compositions, animate the spaces of the Ara Pacis Museum, in a game of cross-references between tradition and experimentation: Trame - the first overlapping of cards perforated -, Twists, Optical-Dynamic Reliefs and Polytypes, up to Assemblages and works of the last period; contaminations of an artist who, while keeping alive the link with tradition, had the privilege of taking a dip in the future. 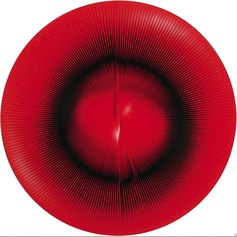 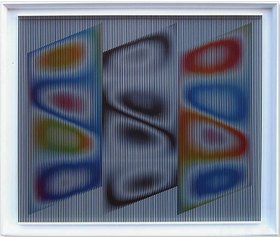 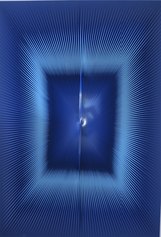 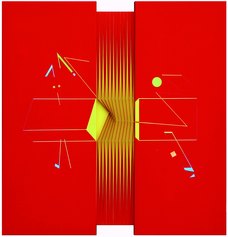 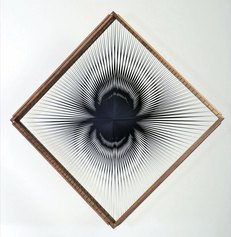 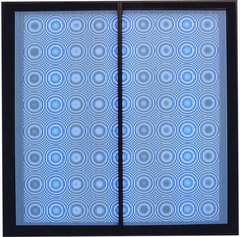