Arnulf Rainer. Colours In The Hands

From 2 October 2021 to 8 January 2022 the Galleria Poggiali of Florencepresents in its two premises in Via della Scala and Via Benedetta the show Colours In The Hands by the Austrian artist Arnulf Rainer (Baden, 8 December 1929), curated by Helmut Friedel.

Colours In The Hands presentsa body of unpublished paintings, specially chosen through a series of meetingswith the artistfrom works produced chiefly between 1981 and 1985. These belong tothe series of works that endorsed the artist’s international importance. They weremade by marking the surface with pictorial violence using the fingers and hands and have been selected for their significance in the evolution of contemporary art.

Major resonance was given to these works at Documenta 7 in Kassel and in the solo exhibition at the Guggenheim in New York in 1989.

As the curator of the show Helmut Friedel explains: ‘Between 1981 and 83 the paintings made using the hands came into being. Here the energy of the Face FarcesandBody Languagedoes not result in corporeal expression and photography, but in the colour material being forcefully pressed onto the cardboard. Kneeling, the painter works from one surface to another, grasping the oil paint in his bare hands, without even the protection of gloves, he feels its material presence to the full. Thus, like a demiurge, he shapes the expression as representation. Sometimes the spread colours look like hands restlessly seeking help and resemble a sort of howl. Elsewhere, more submissively, they surround an object or an imaginary space and drag other colours along with them, generating a wild, expressive dance, the dance of direct expression. . . . The encounter with the works of Arnulf Rainer is always a source of surprise. His paintings astound and fascinate for the liveliness of the application of colour, the chromatic glazing that is intense and violent in the structural images with surfaces that are preformed in subtle relief so as to absorb the colour even more intensely.’

In addition to this series, the exhibition intends to document the following period in Rainer’s career through the works of the early 90s, characterised by a further pictorial intensity, up to the inclusion of a large, completely black cross (Kreuz – Untitled, 1998) destined to disrupt the structure of the exhibition, evoking and documenting the stunning and desecrating quality of Arnulf Rainer’s approach. The black colour, applied copiously, covers a layer of decorative paper with stars and a wooden angel applied to the upper part, in such a way that they are just discernible.

The exhibition will be accompanied by a complete catalogue including an essay by the curator Helmut Friedel, director of the Rainer Museum in Baden, a critical essay by Giovanni Iovane, director of the Brera Academy in Milan, and another by Sergio Risaliti, director of the Museo Novecento in Florence. The exhibition is comprised within the tradition of the Florentine branch of the Galleria Poggiali,which has displayed the work of great masters such as Eliseo Mattiacci, Claudio Parmiggiani, Gilberto Zorio and Enzo Cucchi, who have always worked specifically for the gallery.

Arnulf Raineris best known to the general public for his abstract and informel art. In the early years of his career he was influenced by Surrealism, after which his style evolved towards the destruction of form, with the blackening, overpainting and masking of illustrations and photographs that dominate his later work. He was very close to Viennese Actionism, characterised by body art and painting under the effect of drugs.He painted at length the relation between life and death, concentrating largely on the subject of Hiroshima in relation to the nuclear bombing of the Japanese city and its political and physical repercussions. He has exhibited his work at major international events, such asthe Venice Biennale (1980 and 2011), the Biennale of San Paolo (1996) and Documenta 7 (1982). His works are displayed in the most important museums in the world, including the MOMA and the Guggenheim Museum of New York, the collections of which include numerous works acquired over time, as do the Tate in London and the Centre Pompidou in Paris. In 1993 the Arnulf Rainer Museum was opened in New York, and he also has a museum dedicated to him in Baden.The Albertina Museum honors the artist with two comprehensive retrospectivesin 2014 and 2019.After a splendid career, and at the age of 92, the Galleria Poggiali is bringing Arnulf Rainer to Florence for the very first time in the form of a major exhibition. 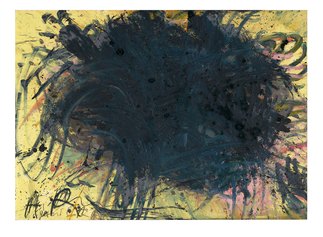 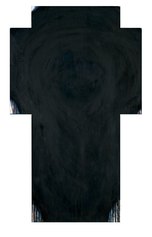 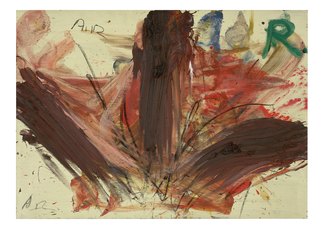 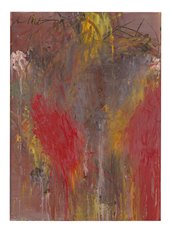 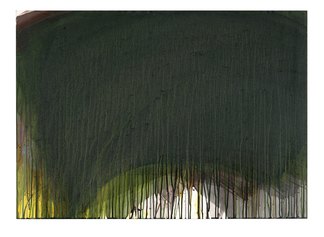