At the Mart, the line of investigation continues, comparing artists and movements from different eras, overcoming temporal boundaries.
The undisputed protagonist of "his time and our time" is Sandro Botticelli present in Rovereto with a significant group of masterpieces such as Pallas and the Centaur, from the Uffizi, the Venus from the Galleria Sabauda in Turin and the Lamentation of Christ on loan from the Poldi Museum Pezzoli of Milan. Renaissance Florence echoes in the works of contemporary artists, from Giosetta Fioroni to David LaChapelle, from Michelangelo Pistoletto to John Currin. In cinema and fashion, from Venus to Ferragni.

It is a timeless art that goes beyond chronological limits and goes beyond academic definitions that Vittorio Sgarbi proposes at the Mart. Announced at the beginning of his mandate, in the spring of 2019, the President's plan is that of "a museum that deals with art, not with ideological limitations".

This exhibition proposal is consistent with the original vocation of the Rovereto museum, inaugurated for almost 20 years. The same architectural forms recall classicism, starting with the homage to the Pantheon in Rome declared by Mario Botta in the conception of the now iconic dome. If already in 2013 the Mart combined the work of Antonello da Messina with the most recent portraiture, the Caravaggio exhibition took place last autumn. The contemporary who put one of the seventeenth-century Maestro's most dramatic paintings into dialogue with two fundamental figures of the twentieth century: the artist Alberto Burri and the poet Pier Paolo Pasolini. The survey continues in the spring of 2021 with two major exhibitions: from 2 May Picasso, de Chirico and Dalí. Dialogue with Raphael and from 22 May Botticelli. Its time. It is our time.

In collaboration with the MetaMorfosi Association, the exhibition starts from the scientific project of Alessandro Cecchi, scholar and director of the Casa Buonarroti Foundation, flanked by the curatorship of Denis Isaia, head of the contemporary and public program of the Mart.

Its time
The itinerary consists of three sections that present in a clear and exhaustive manner the figure and work of Botticelli, one of the favorites of Lorenzo the Magnificent.
The masterpieces on display give an account of the different phases of the artist's life: an authentic interpreter of the profound social, political, cultural and artistic changes that took place in Florence in the second half of the fifteenth century, in recent years Botticelli went through an existential and religious crisis and became devoted follower of the ideas of the Dominican preacher Fra Girolamo Savonarola.

The youth phase and the relations with Filippo Lippi lead to the creation, for example, of the Portrait of a child with a mazzocchio in Palazzo Pitti degli Uffizi; of full maturity are Pallas and the Centaur still from the Uffizi and Venus from the Galleria Sabauda in Turin.
This is followed by the works of the later and tormented phase such as the Lamentation of Christ from the Poldi Pezzoli Museum in Milan, the religious pathos that distinguishes the Flagellation and the Going to Calvary, up to the unfinished Adoration of the Magi, both in the Uffizi.

On display are also works by Filippo Lippi, Filippino and other great artists, such as Antonio del Pollaiolo and Andrea del Verrocchio who, together, led the Florence of the Magnificent to be considered the cradle of the Italian Renaissance.

It is our time
The second part of the exhibition testifies, through undisputed masterpieces of contemporary art from the 1960s to today, how Botticelli is the artist to whom all of our visual culture refers, the pivot around which the very concept of beauty revolves.
He was looked at by artists of Italian Pop art, such as Mario Ceroli, Giosetta Fioroni and Cesare Tacchi, but also in the years immediately following figures such as Michelangelo Pistoletto and Renato Guttuso.
Botticelli's influences can be found in the works of international artists such as Fernando Botero, David LaChapelle, Oliviero Toscani, John Currin, Vik Muniz, Awol Erizku or in Federico Fellini's cinema; they revive in the clothes of the designer and trade unionist Rosa Genoni and in the collections of the Maison Valentino, invade the glossy magazines on which Kate Moss poses and are co-stars in the photos of the most important influencer in the world, Chiara Ferragni.

Between formal and thematic references, the exhibition leads to inevitable reflections on the narration and representation of the woman's body.
The host is the image of Venus, among all the most popular in the contemporary world. As a recurring obsession that spans the centuries, between unchanged canons and new aesthetic paradigms, on display the Venus is white, black, fat, thin, transgender, ethereal or popular, almost sacred and worldly, depending on the artist who seeks it. .

The exhibition is accompanied by video introductions to the works of Vittorio Sgarbi, Alessandro Cecchi, Elisa Infantino, Riccardo Venturi and a volume published by Silvana Editoriale.

Fountain in piazza Rosmini, Rovereto
From an idea by Vittorio Sgarbi
In collaboration with the Municipality of Rovereto, APT Rovereto and Vallagarina
Invited by the President of the Mart, Vittorio Sgarbi, to contribute to the Botticelli exhibition with an intervention in the city space, Marco Lodola proposed a luminous reproduction of Botticelli's famous Venus. Subsequently, the artist picked up the cue from the Municipality of Rovereto and the APT - Tourist Promotion Agency of Rovereto and Vallagarina to install the Venus in the suggestive scenery of the fountain that closes the course named after Antonio Rosmini.
The work is part of the cycle of electric sculptures that have become the stylistic code of the artist who, over the years, has paid homage to popular culture icons such as the Vespa, the Beatles, the heroes of comics, the most notes of politics or, as in this case, the characteristic silhouette of Botticelli's Venus.
Influenced by the thought of Pop art, indifferent to the boundaries between high culture and low culture, and close to the free transfigurations inaugurated in Italy by Futurism, Lodola makes every possible known image his own, simplifying it in the forms and inserting it into the urban landscape without disdaining the idea of winking at the tradition of luminous signs that make the night panorama of the cities festive, competing for the genuine amazement of the public. 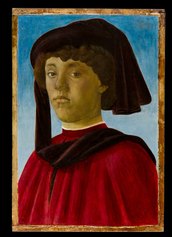 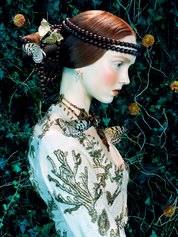 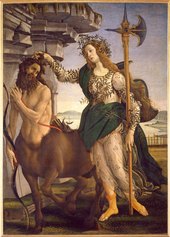 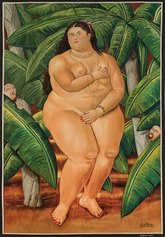 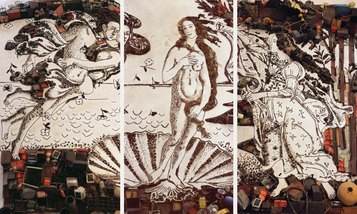