Triennale Milano and Fondation Cartier pour l’art contemporain present The Modern Life, a personal exhibition by the French photographer and filmmaker Raymond Depardon. The exhibition will be open from 15 October 2021 to 10 April 2022.

This is the largest exhibition ever made by the artist who, since the 1970s, has profoundly renewed the world of contemporary images. Created especially for Milan, the exhibition reveals how much Italy inhabits his work. The exhibition Modern life shows the richness of Raymond Depardon's work, the diversity of his subjects and the coherence of his path, through eight photographic series, two films and all the books he has published.

I have great faith in reality, I think he has given me a lot in my films, in my photos.

Raymond Depardon defines wandering as "the search for an acceptable place". He allowed him to “live in the present”, to seek an everyday life rather than privileged moments or decisive moments, to choose travel without a destination instead of a journey, to get lost in intermediate areas and places of solitude.

Raymond Depardon came to Piedmont "like a neighbor". In the countryside and in the peri-urban areas, in the villages and towns, the artist shapes a mental landscape interwoven with memories and reminiscences of his French rural culture.

This new series was released in summer 2020 in the southern French regions of Aveyron, Lozère, Gard and Hérault.

In 1980, in response to a request from the Sunday Times Magazine, Raymond Depardon made a series of color photographs of Glasgow, a city that seemed to him “the polar opposite of his photography”.

Manhattan Out (1980)
45 black and white photographs

In the winter of 1980, Raymond Depardon arrives in New York. Without a specific purpose, he decides to walk all day, with the Leica around his neck, imposing the rule of not lifting it towards the face, leaving it hanging on his chest and thus reserving the surprise of a deliberately unsolicited shot.

For Raymond Depardon “New York is a city you always go back to”. And that's exactly what he did in 1986, when he made a ten-minute short film based on three shots taken from the Manhattan Out series.

For six years, Raymond Depardon devoted himself to the challenge of photographing contemporary France. Choosing the color and the large format of a 20 x 25 camera, he sets out in search of an ordinary and everyday France, far from the romantic clichés, the picturesque and the monumental.

Rural is a trans-generational portrait, the result of a work carried out by Raymond Depardon, for almost thirty years, in French rural communities.

The famous San Clemente series concludes the exhibition itinerary, completed by an excerpt from the film made in 1980.

In 1980 Raymond Depardon returned to San Clemente Island, accompanied by Sophie Ristelhueber. For ten days, on the eve of the closure of the psychiatric hospital, he follows the wandering of the mentally ill, their anguish and the dismay of their loved ones, exploring the frontiers of madness, its ambiguity and complexity. 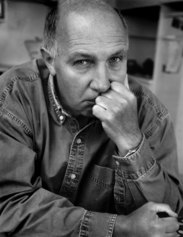 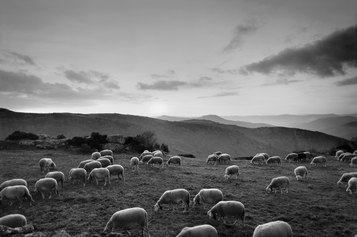 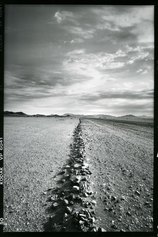 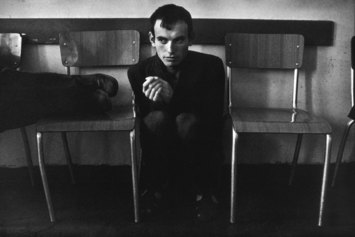 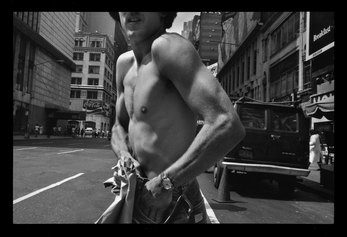