Over 200 images to immerse ourselves in the Amazon rainforest and reflect on the need to protect it.A total immersion in the Amazon rainforest, between the majesty of its vegetation, the power of the mountains, the roar of the waters, the life of the indigenous peoples who inhabit and guard it . It is the Sebastião Salgado exhibition. Amazônia, at the MAXXI National Museum of 21st Century Arts from 1 October 2021 to 13 February 2022, the only Italian stage of the project.

After the Genesis project, dedicated to the most remote regions of the planet to witness their majestic beauty, Salgado embarked on a new series of journeys to capture the incredible richness and variety of the Brazilian Amazon rainforest and the ways of life of its peoples, settling in their villages for weeks and photographing the different ethnic groups. In fact, the Amazon forest occupies a third of the South American continent, an area larger than the entire European Union. This project lasted six years during which the Master photographed the forest, the rivers, the mountains and the people who live there, recording the immense power of the nature of those places and capturing, at the same time, their fragility.

More than 200 photographs are exhibited that offer total immersion in the Amazon rainforest, inviting us to reflect on the need to protect it.
The exhibition is divided into two parts. In the first, the photographs are organized by landscape setting, with sections ranging from the Overview of the forest in which the Amazon seen from above is presented to the visitor, to The Flying Rivers, one of the most extraordinary and at the same time less known features of the rain forest, or the large amount of water that rises towards the atmosphere. All the power, sometimes devastating, of the rains is told in Tropical Storms, while Montagne presents the mountainous reliefs that define the life of the Amazon basin. We continue with the section The forest, once called "Green Hell", today to be seen as an extraordinary treasure of nature, ending with Isole nel Fiume, the archipelago that emerges from the waters of the Rio Negro.
The second part is dedicated to the various indigenous peoples immortalized by Salgado in his numerous travels, such as the Awá-Guajá, who have only 450 members and are considered the most threatened tribe on the planet, to the Yawanawá, who, on the verge of disappearing, have resumed the control of their lands and the spread of their culture, thriving, up to the Korubo, among the tribes with fewer external contacts: the Salgado expedition in 2017 was the first occasion in which a team of documentary makers and journalists spent time with them. 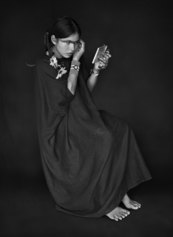 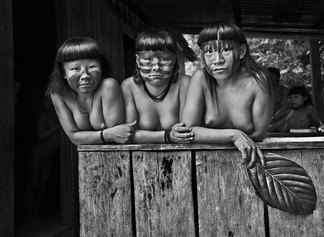 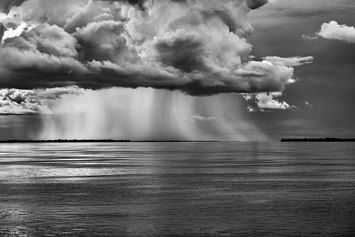 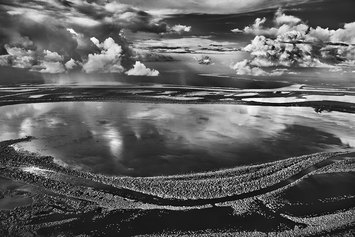 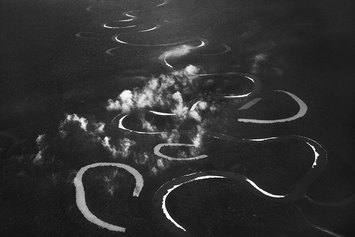 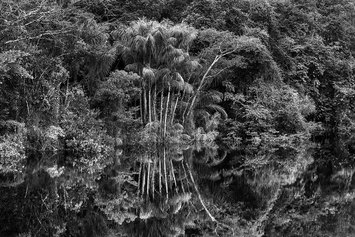 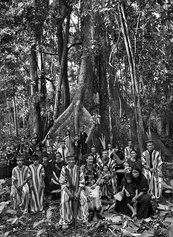 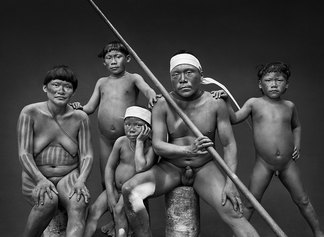 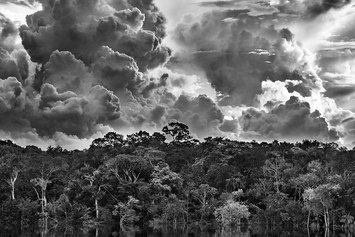 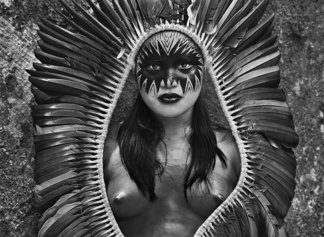 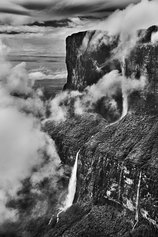