Steve McCurry. Icons can be visited from 6 October 2021 to 13 February 2022 at Palazzo Sarcinelli in Conegliano (TV). An immersive journey into the style and poetics of the great American photographer. A journey that will lead visitors to the vision of over 100 photographs selected from thousands of shots taken over the course of a forty-year career.

Steve McCurry is an artist, before being a documentary photographer; and, although many of his series have been commissioned by Western magazines and newspapers, each photograph fully reflects his intellectual vision of man and nature. McCurry is in fact a humanist in the full sense of the term. He loves human beings in all his manifestations and, from a compositional point of view, he often prefers close-up close-ups that allow him to enter in total empathy with the chosen subjects.

The exhibition retraces the great themes and the most incredible scenarios that McCurry encountered during his career. The exhibition itinerary, curated by Biba Giacchetti, aims to be a journey without limiting coordinates, but rather a dreamlike journey among the photographer's icons. Each visitor will thus be able to find enchanting characters and breathtaking landscapes; letting oneself be inspired, photo after photo, in absolute autonomy and freedom.

Among the protagonists of Steve McCurry's activity we find, first of all, Afghanistan. Being a strictly color exhibition, we do not find the first “mythical” photos of 1979, when the photographer visited the country clandestinely in the wake of the Mujahideen. At Sarcinelli we start from 1992 with an unpublished and exciting portrait of Kabul, a city tormented by over 15 years of conflict. The photographer tells us about the darker sides of the capital and Afghanistan in general, the episodes of violence and segregation; but among the pages of one of the most tormented areas of the planet humanity inevitably emerges. The miners of Pol-e-Khomri, the street portrait photographer in Kabul or the children crowding the trunk of a 1950s Chevrolet are just some of the enchanting moments of life with which McCurry always manages to thrill.
On display we encounter India in all its bombastic facets. From the portrait of his mother with her son looking into the interior of a taxi to the unhealthy shipbreaking yards, McCurry tells us about the vitality and complexity of a country with an enormous culture, but crossed by heavy contradictions. Very crowded places (as in the photographs dedicated to the railway system of the subcontinent) where poverty and wealth seem to coexist harmoniously, thus sclerotizing the perception of injustices that a Westerner possesses. The photographer's passion for India is one of the oldest, with his move to the country at the age of 28 (1978). In fact, some of the shots of characters that the artist himself identifies as friends come from this country: the elderly lady of Vrindavan, the wizard from Rajasthan with a beard decorated in orange or the tailor carrying his sewing machine in the height of monsoons. .
A photo of India, in particular, reveals McCurry’s great talent. It is the representation of one of the most seen and photographed monuments in the world: the Taj Mahal. The structure, which dominates the city of Agra, appears in the images of every tourist of the subcontinent; yet, even in one of the most well-known places on the planet, Steve McCurry is capable of creating an unusual and extraordinarily new photograph of the place.
The shots taken to tell the atmospheric phenomenon that affects half of the world's population come from India and neighboring countries: the monsoon. Sadly known for the winds from the tropical oceans that blow over the Asian plains, bringing torrential rains with them, the monsoon is the protagonist of incredible images. From people immersed in water up to their necks, to the women of Rajasthan who protect themselves from sandstorms. McCurry also tells us about the less sensational aspect of the monsoon, with people carrying out their daily duties under the most extreme deluge. To underline once again how, despite misfortunes and adversities, life continues to flow at all latitudes.

A large part of McCurry's production instead sees Buddhism as the protagonist: an important and extremely personal theme of his work. Among the images on display we find the great mausoleums such as the Mingun pagoda, the Golden Rock of Myanmar in Burma (an imposing boulder that is said to be balanced on a lock of Buddha's hair) and the monumental complex of Angkor in Cambodia. (today among the most popular tourist destinations in the country). Alongside the architectural masterpieces, McCurry inserts many shots of Buddhist faithful from different countries: such as the little monks in a refugee camp in India (intent on familiarizing themselves with Western objects), the acrobatic Shaolin monks residing in China and the Tibetans, whose grazing portraits they reflect the great love that the photographer has for this land and for those who populate it.
The exhibition then takes us metaphorically to travel to other countries such as Sri Lanka, Papua New Guinea, Yemen, Kashmir, Italy, Japan and many others to discover at Palazzo Sarcinelli.

The exhibition itinerary therefore allows us to admire some of Steve McCurry's greatest photographic projects. Narrative insights will be featured in the audio guide that this year will be downloadable via the app on the smartphone of those entering the exhibition.

With the patronage of: the Veneto Region, the Province of Treviso, the Municipality of Treviso
Partners: Coin, Coop, Fai, Touring Club
Sponsor: AccaKappa, Generali Agency of Conegliano, Banca della Marca 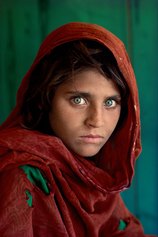 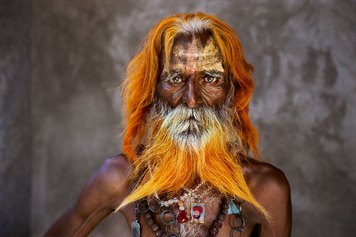 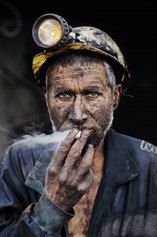