The photographer Virginio Favale presents the Tokyo 365 exhibition project to the general public for the first time. The photographic exhibition, curated by Flavia Mariani and Daniela Wollmann, is exhibited at the PAN in Naples, from 21 July to 7 September, in conjunction with the collective Neapolis and with the prestigious retrospective of Frida Kahlo.

The complexity and uniqueness of the Japanese metropolis is contextualized in the cosmopolitan vision of an Italian artist. The exhibition path creates a bridge that starts from Italy and takes us straight to Japan, in particular to Tokyo, the metropolis that will be the center of international attention in the summer of 2021, when the long-awaited Tokyo 2020 Olympics will take place. It is during the period of the Olympic Games that the exhibition will be presented, for the first time in its entirety, at the PAN in Naples.
Tokyo, a city of records, has always been at the center of Virginio Favale's research on large metropolises. The Japanese capital, with its immense expansion, has been and still is the best exploration territory for a photographer who has urban contexts as a thematic centrality. We are talking about the largest existing conurbation on the planet, with thirty-six million people populating it. The land of toys for a street photographer with a passion for fineart.

Virginio Favale visited Japan for the first time in the summer of 1999. Thus began his exploratory journey at a photographic level and in the summer of 2020, after numerous travels, the artistic project turns twenty-one, thus reaching its complete maturity. In 2013 he made a documentary, with a videoart cut, which tells of his loneliness in a country so far and different. The twenty-minute video is titled "Tokyo 365".
The first lockdown for Covid 19 was functional to the conceptual maturation of the project. The artist, as in a scene from the Matrix, finds himself alone in the center of the universe with the photographic research that revolves around him. The boundless metropolis and the passing days represent space and time and the video as an extreme synthesis gives the title to the whole research.
Virginio Favale is a sort of cosmonaut of metropolitan history, capable of representing contemporary mutability. His photography becomes an interpretation that transcends urban geometries, like streams of consciousness that draw a new DNA. Retracing time, in a continuous wandering, Tokyo becomes his muse, the place of his eternal return. The artist's solitude tells Tokyo over time, through its urban junctions, the connecting network of a collective consciousness. Roads, tracks, electric cables like gigantic synapses. Thoughts, emotions, become metaphysical lines that transform geographical points into a single living picture. 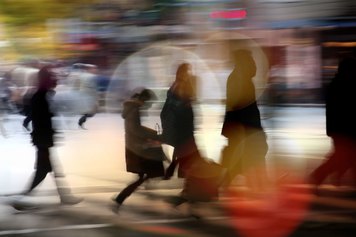 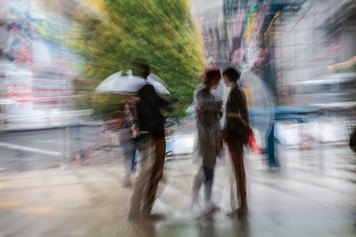 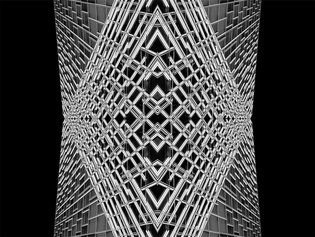