Steve McCurry Icons is an exhibition path, curated by Buba Giachetti, within the style and poetics of the great American photographer. The 100 works on display tell the dispossessed of the earth and history, without pietism, but with compassion and curiosity.

Steve McCurry. Icons is an exhibition itinerary, curated by Buba Giachetti, within the style and poetics of the great American photographer. The 100 works on display tell the dispossessed of the earth and history, without pietism, but with compassion and curiosity.

McCurry's poetry is all there, in his ability to always find an equal point of view with respect to the subject. A relationship of equality that also becomes bodily like when the photographer himself plunged into the water to photograph the girl on the fence of his flooded house (Java Indonesia 1983). And so he looks into her eyes, and the photo becomes a work of art because her photography is never one-way, but it is a continuous communication between the photographer and humanity, reciprocated glances that reach us, spectators. distant in time and space, but still there, with the gaze of that girl on her who follows us, as in the ancient paintings of the great masters, only this time it is a deserado of the earth, not of a Madonna, to whom the gaze of McCurry has restored nobility, humanity and the pride that is always found in his portraits. 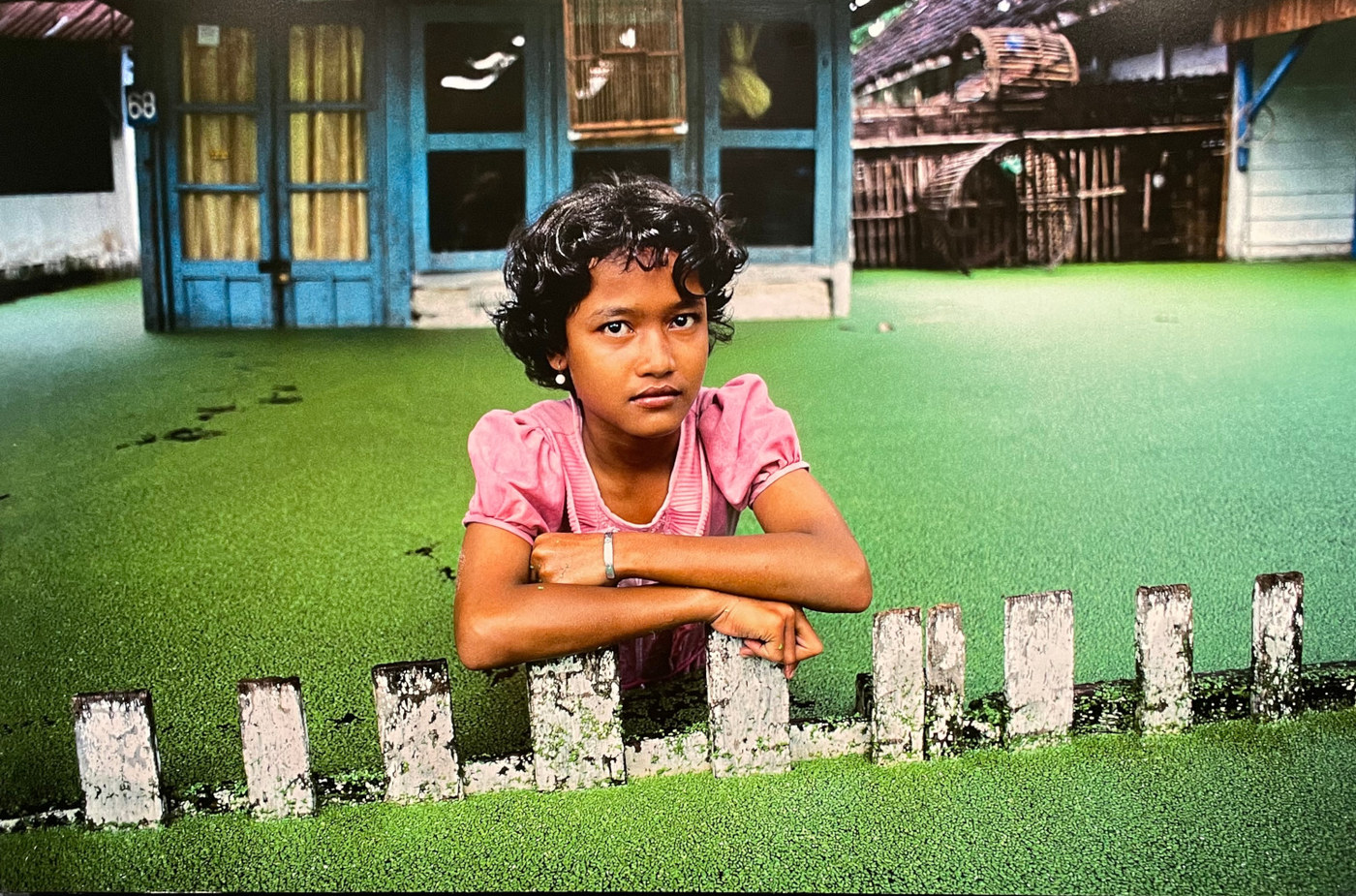 This exhibition gives us countless ideas for reflection: human, historical, artistic, emotional, political, aesthetic. These are the beautiful exhibitions, the ones that come home with us and stay there in the head, for days and days, and at a distance, when we least expect it, an image of infinite tenderness comes to mind: a boy asleep protected by an embrace of an elderly person (Afghanistan, 1980). McCurry always manages to find the deep humanity that unites us in all countries of the world, even those in which war would seem to leave no room for love and compassion. 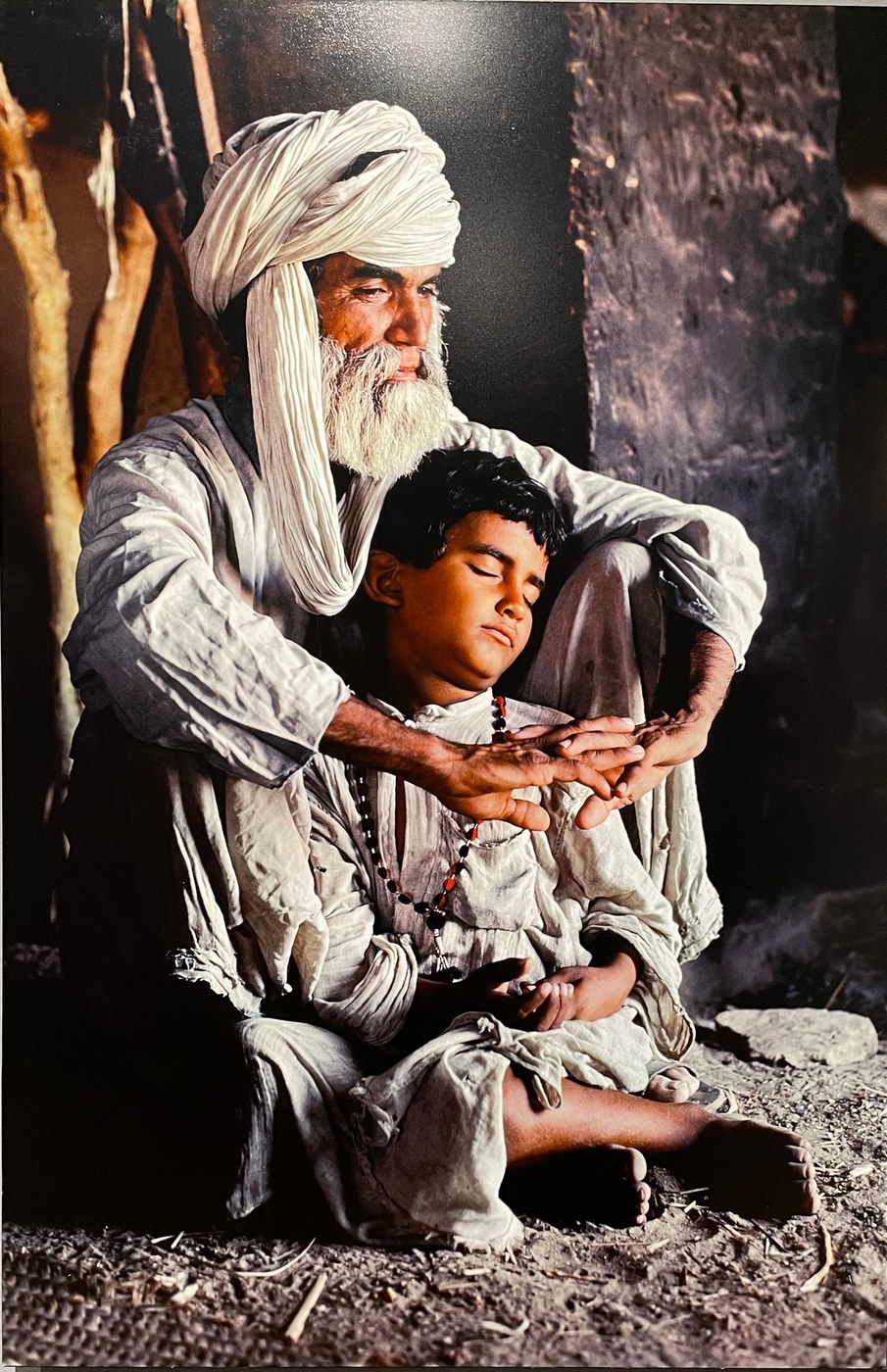 His works, all of them, are dense and light, analytical, detailed, down to the last wrinkle of the faces immortalized, and at the same time concise and immediate.

Steve McCurry is an artist before being a documentary photographer and a humanist in the full sense of the term, he loves human beings: “I am fascinated by discovering and documenting the common components of human nature that emerge in the most disparate situations and conditions of life”.

Even when the works are landscapes or buildings, they are always "portraits" so much they are pervaded with humanity, as in the series on the 2011 earthquake in Japan where McCurry chose not to photograph people, but only the buildings, or what remained of them , in absolute silence, among the barely caught shadows of the survivors.

And the impressive series on the Gulf War, the worst ecological disaster of the twentieth century with a devastating impact on flora and fauna, a country enveloped by a perennial night, an ever-black sky, the constant risk of being blown up.

Sometimes they are also amusing, like the portrait of the Taj Mahal, one of the most seen and photographed buildings in the world, yet no one has ever done it with McCurry's extraordinary talent.

Whatever image we will be most struck by, from which country, which history, which gaze will touch us, it is always the humanity of the emotions portrayed that we will carry with us because, as McCurry himself testifies "I love observation . If you observe, even in the best known and most popular place on the planet, sooner or later something unusual and unique will happen ”.